Now the competition is running at a good pace: two tasks in two days! Montlambert is known all over France to be site that is protected from North wind, facing South. And the forecast was right, we had 20km/h North wind higher up, above 1500m. Later along the task breezes and valley winds would be quite strong as well. Nevertheless we were proposed a rather long task: Grésy, Brame-Farine or Allevard, Ebaudiaz, Coise and goal at Chamousset. 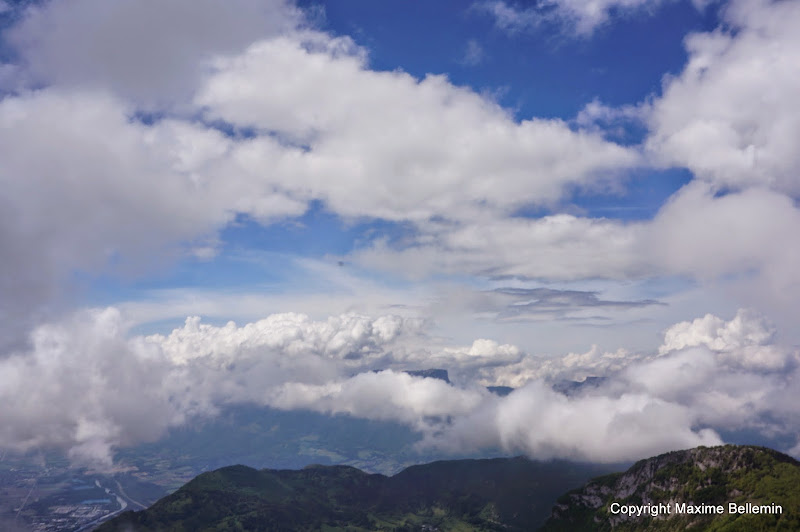 After a night of bad sleep, I woke up tired and in a bad mood. Exactly so I did fly: floppy and negative. I managed to take a good start and, to my big surprise, the East faces of Arclusaz were the coolest part of the flight. I was high and in front. Right, until… I took the option to stay North of the gaggle and en-route to Brame Farine. 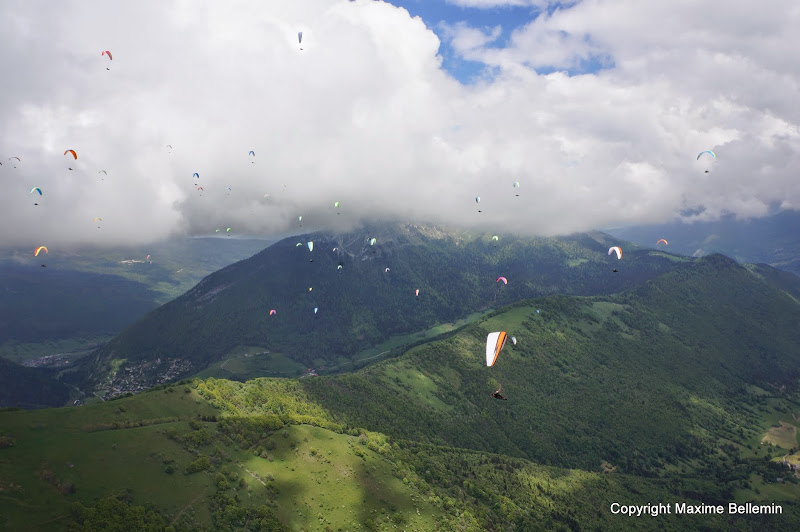 The largest part of the pack decided to head for Val Pelouse and Allevard. It was windy, darky, I did not buy it. I should have. Tagging the turnpoint at Brame Farine was in fact longer by about 2km and a fight with the wind in a rather open area. That was my mistake. But then came the error. On the way back I headed towards Pic de l’Huile, then changed my mind, then found consistant sink, then changed my mind again. Which ended by an endless session of figures of 8 before finding a proper thermal at Champ Laurent. What I found at Grand Arc was rain, on the way to Ebaudiaz, but the situation evolved on my second stay at Grand Arc, after Ebaudiaz. that strange noise on my canopy, those strange things rolling down my harness, were hailstones. OK let’s go flying in the large valley. 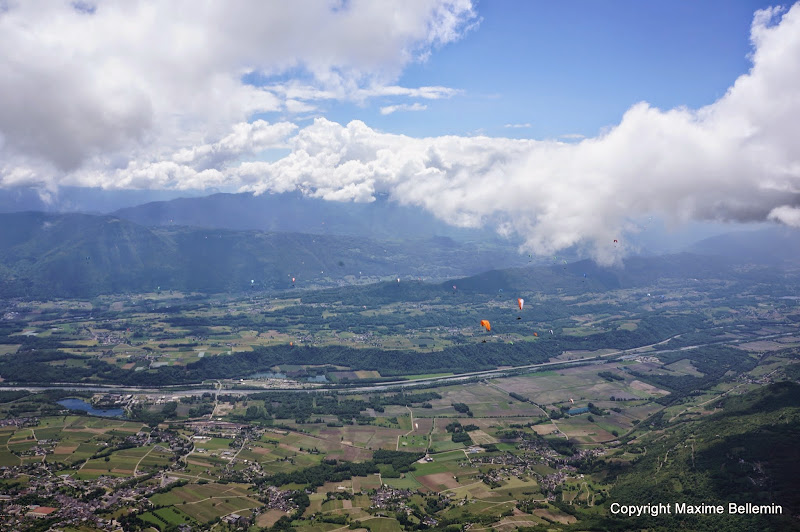 A bit later, while I was still fighting in strange and drifting thermals in the middle of the valley, 3km short of the last turnpoint, the task was stopped. Enough and OK for me, let’s land safely and have some rest. There will be other tasks and better days!