The first part of the race was eventless. Dashing to Saint-Eynard and back. Easy kms, scratch your wingtip in the rocks or leaves, push the bar, wait, turn 180, wait again. This is it. Saint-Hilaire racing. The funny thing is the fact that I was leading the race with Tim and Aaron. When we reached the antennas, some memories of 5 years ago were loud and clear in my mind, I slightly opened my route. 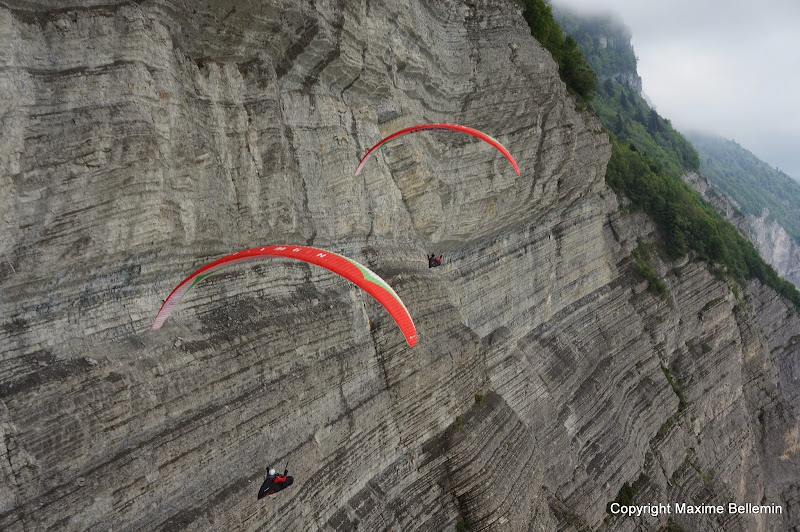 This is exactly when the North wind picked up to 20km/h, over 25km/h in the gulleys, rather turbulent. With Tim we caught a thermal over Saint-Hilaire to gain good height, to cloudbase at about 14 or 1500m. We had a 2 or 3 kilometers lead, nice feeling. And as soon as we went over Saint-Bernard, someone flushed the surrounding air. We were sinking at 7m/s, 2/3 of my wing collapsed, 1 full rotation to reinflate, another one to remove the cravate, and still sinking. With a significant amount of wind in our nose we fought to stay airborne. Michael unfortunately landed, I did dozens of figures of 8 to climb back at rock level, watching the whole pack flying above my head. 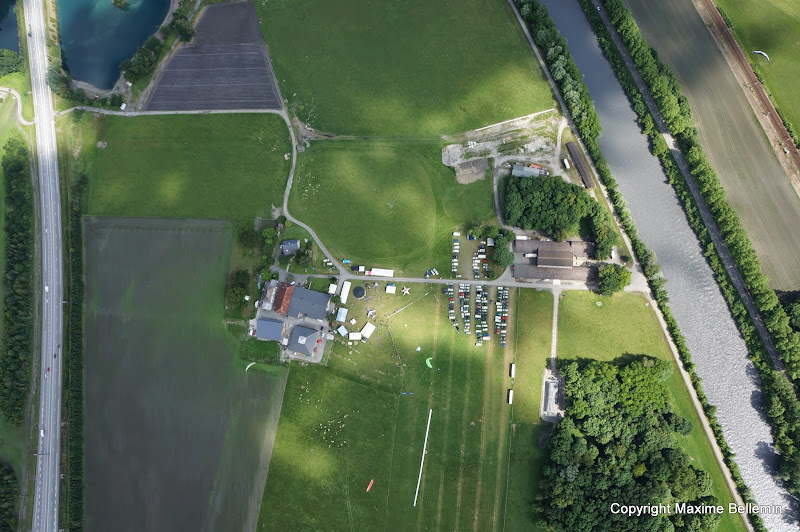 I kept good pace and the last 25km of the race were nice, with a goal at Chamousset. 700m above the line were definitely too much but I was not willing to be short of goal after my earlier adventures. I should be in the top 20 and that is not so bad. No girls in goal, a pity those tasks are not really fair for them. 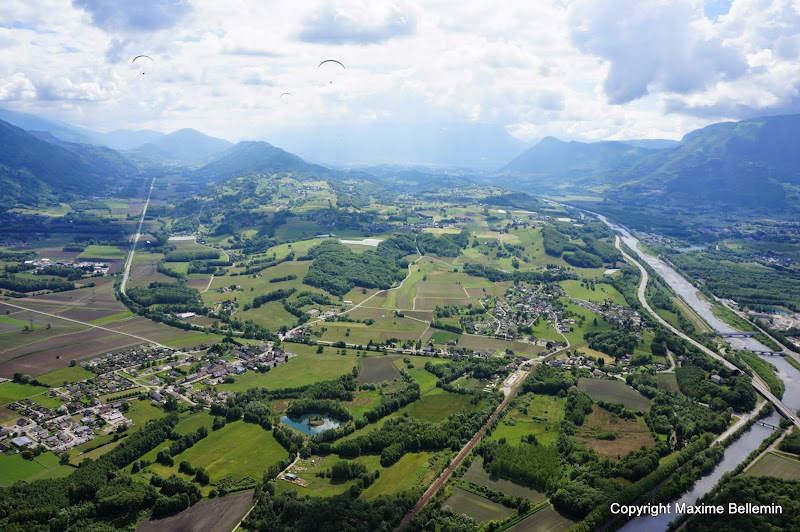 Tomorrow? Well, it is tomorrow. See you then!