I am somewhat tired tonight. Waited 4 hours and 20 minutes before seeing the shape and the markings of an official retrieve bus, sitting on a road only 30 minutes away from Mina Clavero city center (by car, I mean). Now about the task: we had again a start a bit late in the afternoon that could have turned the tricky part of the day for the late pilots to arrive to the goal field. But nobody reached goal today. 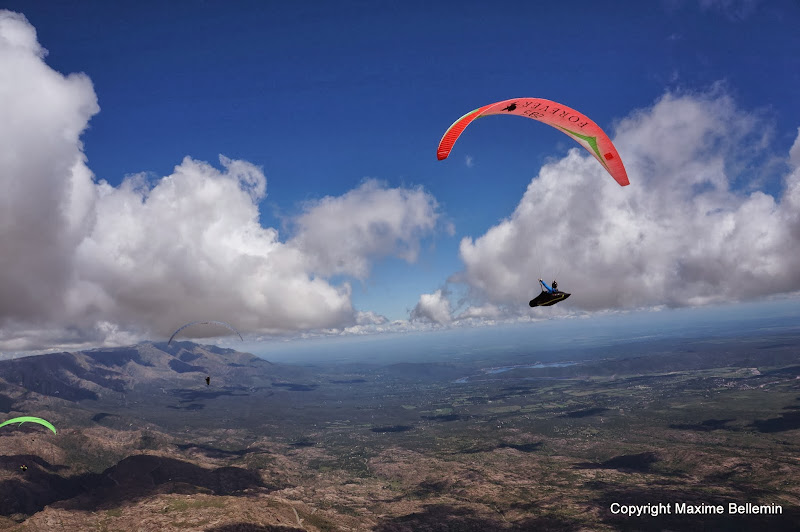 I managed to land during the supposedly easy part of the task, the only back-wind leg. At mid-course of the task I quit the leading gaggle to get closer to a line of small hills toped with cumulus, this in order to avoid the flats under a big blue sky. The plan was good but the execution proved poor. I did not manage to seize a small thermal, pushed to find another one, found nothing. Packed my wing, enjoying the sight of the gaggle drifting from the flats to above my head. I had covered 40km, all the others made at least 20km more. 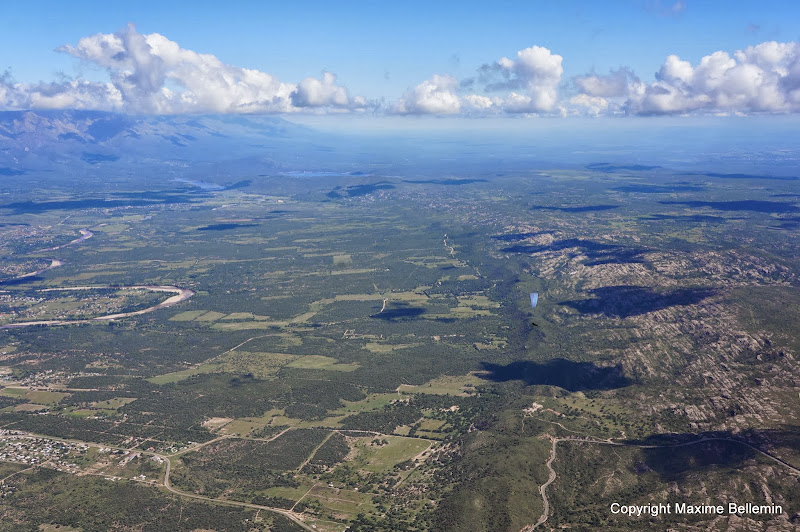 I had a small gastric problem to take care of before taking off. The Flymaster from the organization kept on beeping all along the task in my cockpit. I forgot to mention wind was annoying today, and that I do not like it much. Those are not excuses. I simply did isolated myself from the group and met no success with that tactics today.