The bus started to drift, wheels sliding in the muddy slope. We got out, walked a bit, waited for 1h. No bus coming, we walked up, flip-flops on the stony track, 1h to the top. A shift in the opening of the window plus a slightly too high distance to cover made that only Russ went to goal. 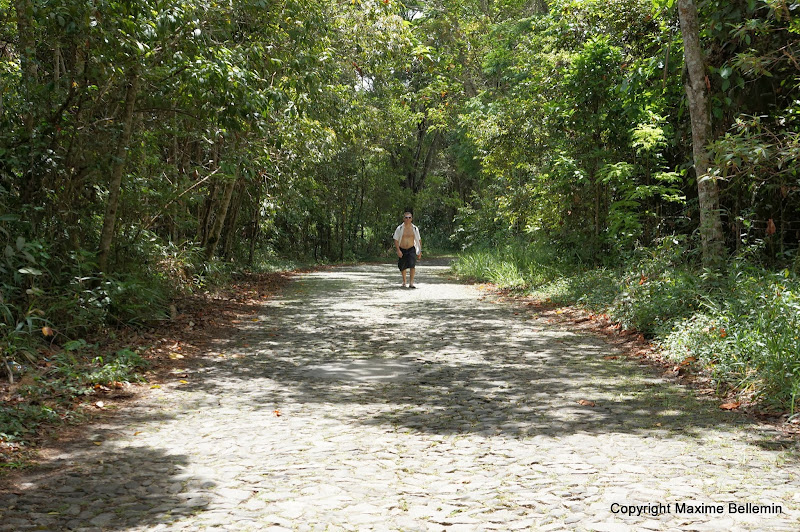 I made again a nice start with Stefan. The whole gaggle was quickly scattered in many different places, a bigger one choosing to stay in the shadow upwind. I privileged a smaller group of pilots staying with the sun, more or less on the direct route. We took some good lines with Pepe, almost always high enough to stay cool. 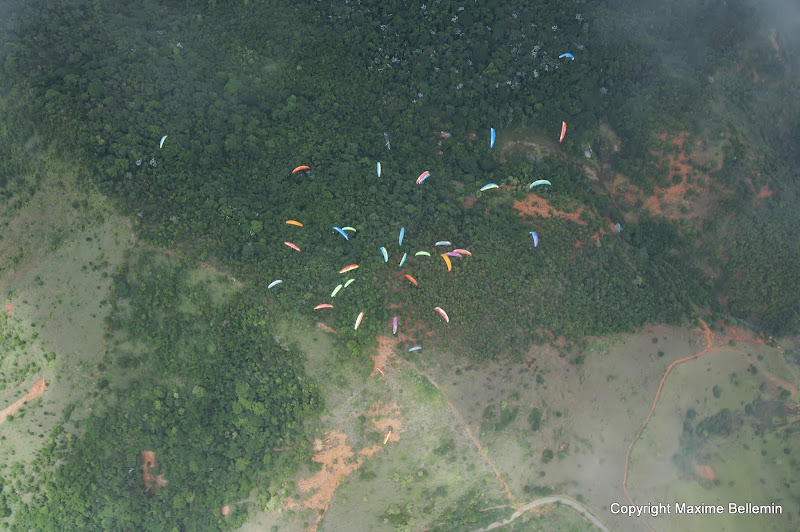 As Cb was developing to the West, the first rain drops landed on my instruments. I decided to change my route to the Eastern valley side to align better with a long Cu, quickly followed by Pepe. A rain curtain appeared below the Cu, over the turn-point we had to tag twice, I announced a level 2, just to hear many others say « no rain here, level 1 ». OK. During the time necessary to gain altitude until cloud-base the rain curtain on our way disappeared. OK. 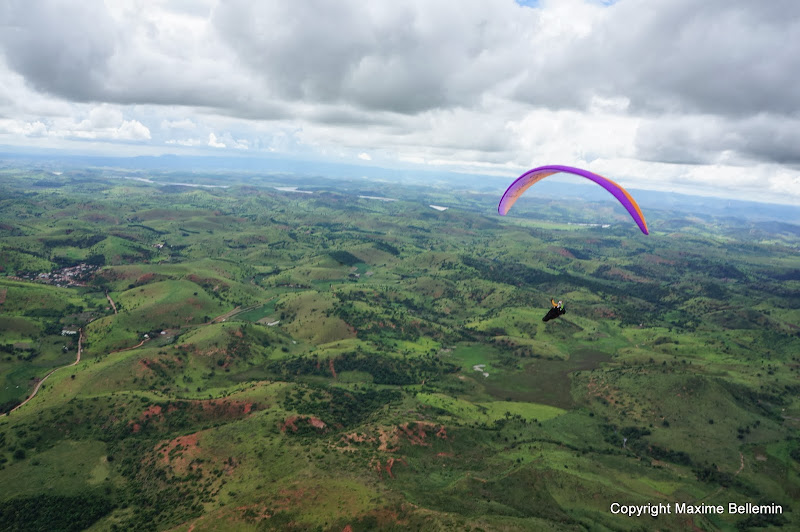 Then it was an easy in-an-out-and-in at the turn-point with Pepe and Russel, at cloud-base. The local weatherman announced for the second time a level 3, I became seriously concerned and neglected finishing a back-wind 1m/s, then followed the wrong line, loosing over 300m to Pepe and Russ. I started for a gentle glide with still some rain drops until I went low enough to spot as many electric lines as I could, chose a nice green field with a white horse, and landed in water knee deep. When a helpful woman came to give me support in finding an exit, she told me her daughters preferred to stay on the road because of too many snakes in the water. Suddenly, looking around me, I could not find a pool of still water. Which conducted to a rather quick jump over the iron wires… Top 10 for the day, that makes it for me. 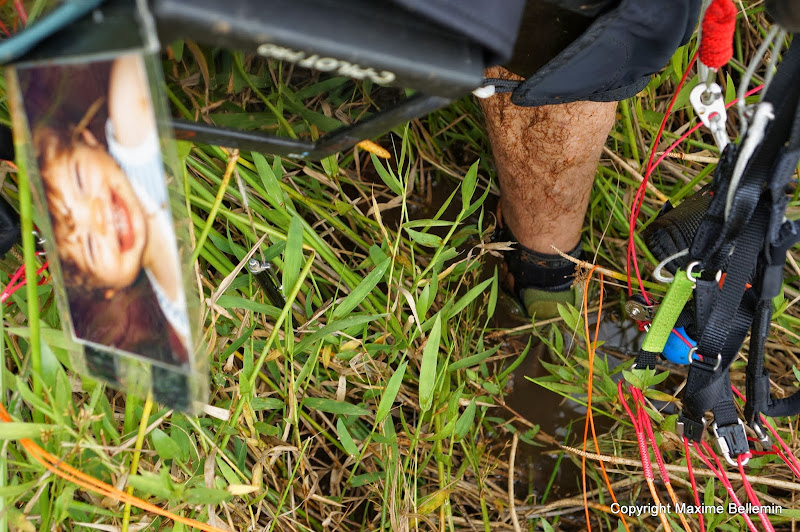 I revised my previous competition glider proposition: instead of 65km/h limitation that is too complex to measure and enforce, use 1m minimum distance in between central As and Bs (or 1,1m or 1,25 or… 15% of total line length) plus 15cm maximum travel for the speed system. I had other things in mind to express about homologation, but will keep them for later. Stay tuned!