Not much to be said today, so let’s try English for this post. Always could be useful to check my stats using this language. I wondered about letting my moutain shoes at home, I’d rather have taken plastic boots. We spent 4 hours today on a place, supposedly a take-off, surrounded by -correct that- within a cloud. Add to this back wind during the last two hours of waiting, and you have an idea of our day. It looks like the weather is playing tricks on the organizers, two days in a row (even if today matches 100% my sources of information). 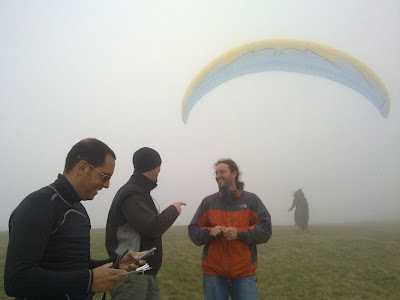 Coming back to the introductory speech of the FAI delegate: how strange to watch such an attitude and hear such a lecture about (or against) « agressive flying » that has to be banned, and then to have everyday a can of « taureau rouge » in our lunch packages. Consistency, you said? Or maybe I heard desperate need for money in our sports? Any other ideas?

Here is an old one just coming back again: promote the sports thanks to live tracking! Being part of the top ten pilot (this is before the comp starts!), I gladly received a tiny GPS/GPRS matchbox that will be used for display on the web site of the organization. I have been told it is still in a test period but it should be soon up and running for you (and the others) to follow me. 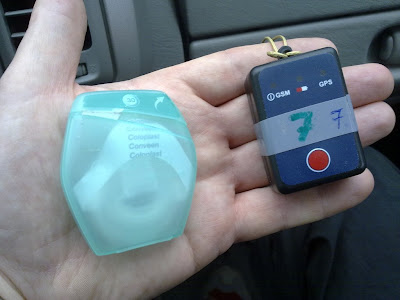 My weather analysis gives very promising conditions for tomorrow and the day after, namely Wednesday and Thursday, with little clouds and usable lift up to 3000m, right under the authorized ceiling. So it is a good thing the organizers BBQ party is offered earlier than planned. This could give me a chance to rest and get asleep before Jean-Ba starts snoring, again. 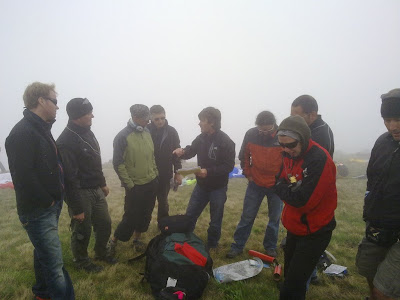 For those who read and were interested in my previous posts, Austria population is 90% catholic. Such simplicity in the churches design has to be found somewhere else than in religion.