We had a rather strange day today. At first conditions where good on take-off but no-one was willing to wait 1h30 in the air. Then the conditions started to worsen, and kept on worsening. Obviously stability was a key word for the air mass. I managed to reach the flying group, less than half of the total pilots, right on time for the start. Then it changed to full bar along the ridge and under the cloud cap. Then brakes on to quit the ridge and go for the first turn-point in the flats. 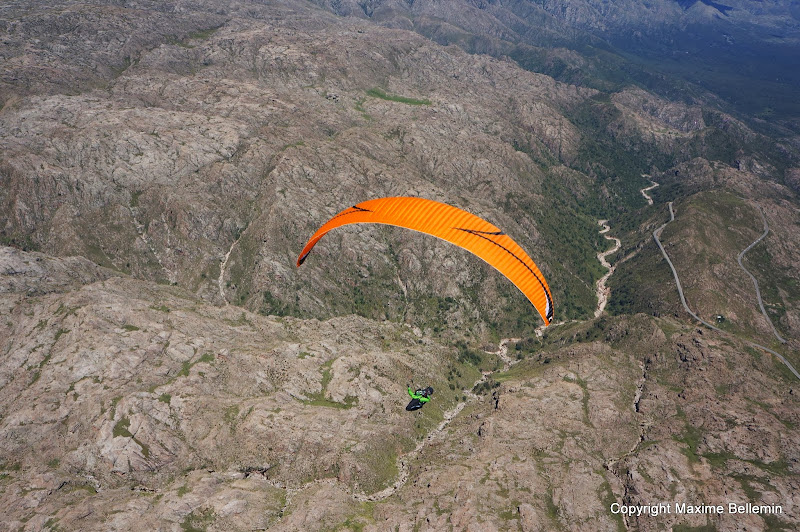 I was in a rather good position after tagging the turn-point. Before taking off my plan was to go straight to the next turn-point over the flats. Given the general stability and the excellent yield along the ridge, I made my turn to go back to the mountain. That is when I saw a red Enzo going to the flats, with my little group following in queue. OK guys, let’s try that. Two weak thermals further I was not satisfied with a light bubble, saw three birds sky-rocketing over the river, went there, only to see them flee and soon after I decked. That was it for today. Jacques and Richard are the only pilots to make it to goal, thumbs up for them. 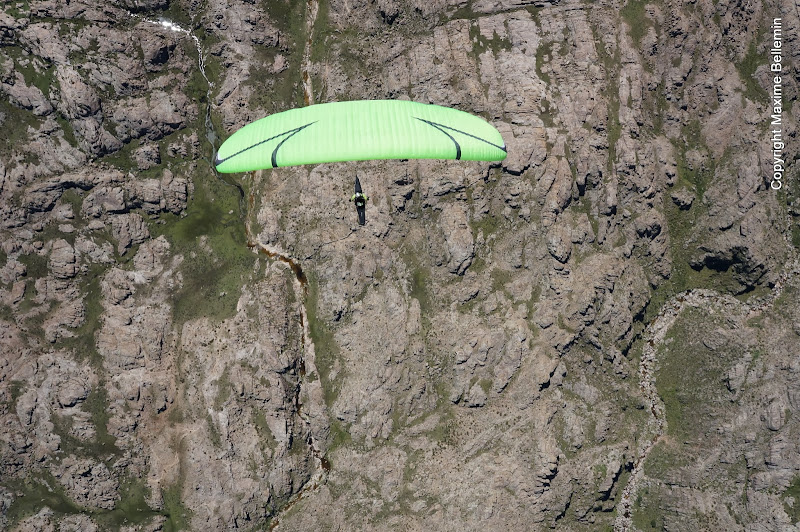 Do not expect too long a summary of the task tomorrow. I am off to Cordoba, hopefully tomorrow morning if I can book a bus ticket, in order to attend a friend at the hospital who for sure feels a bit alone.