So we had the first task of the 2013 SuperFinal. An overcast sky was not looking too good until noon, a front is announced from the South for the next days, nevertheless the Meet Director sent us on a not-so-easy out-and-return trip to Engenheiro Caldas. Honorin is the winner of the day, taking the right amount of risks to validate as low as possible the (cylindric) End of Speed Section, say 100m AGL, find a thermal savior in order to gain 1000m and glide to goal 8km away. 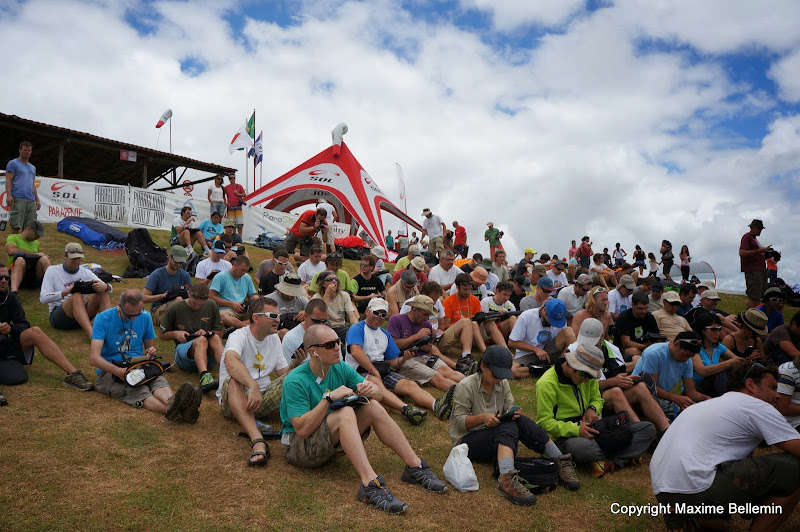 As far as my performance is concerned, I got it wrong 7 minutes before the start and never recovered. I was along the cloud at 2000m, surfing it for the last 45 minutes, until I considered that I should join my fellow pilots some 2km away, because group is a keyword. Which led me to take the start at 1600m, far below and behind the « group ». Once done that mistake, it is very easy to try another one, hoping to catch up on a single attempt. Buzz. Only to be sure I am now the very last of the whole comp. Great! 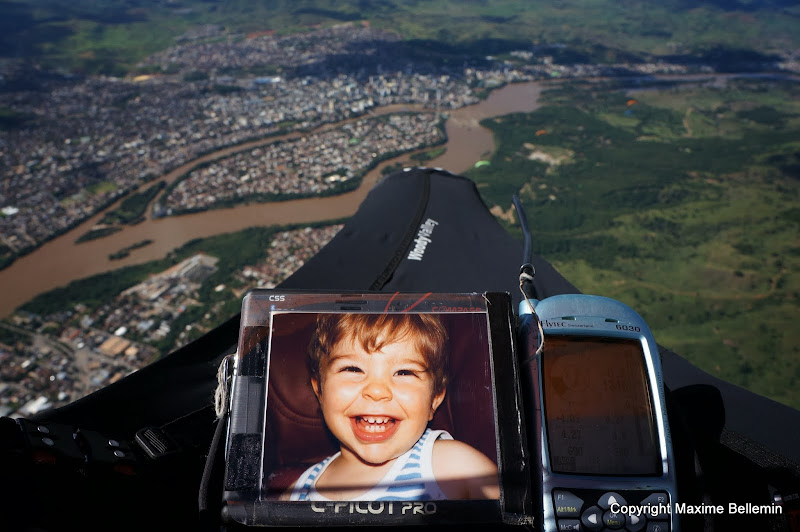 About 5km from the ESS the leading group went really low, East of the route. I saw an opportunity to catch up on a Westerly route and made a nice glide. But those guys never land and numerous pilots tagged the ESS before me. I am 8 minutes behind Honorin, 3 minutes behind the pack. Not really a discard day, not really a good first task, not really pleased at all. 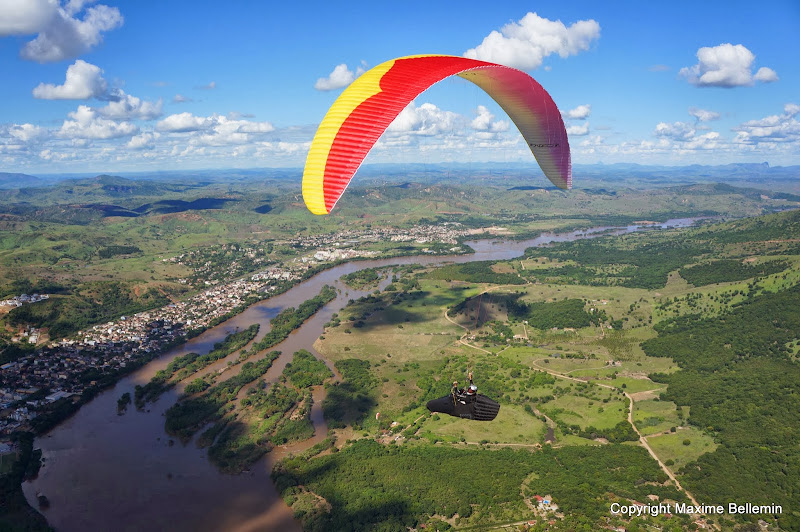 To end on a good note, we made lots of pictures with Luc on the glide to goal, above the city, almost forgetting to cross the goal line. Which does not exist anymore, by the way: now we enter a half-circle. Anyway, nice way to smoothen the wounds before landing. Tomorrow, antoher day!