After about an hour waiting for the official 20R$ shuttle for the unofficial training day, four of the right on time pilots – me included – jumped in the first 4WD offering a 20 minutes ride to the take-off instead of the usual 1h+ for two mere additional Euros. That gave me ample time to stick my number on the wing, eat and drink and chat again at the Bar da Rampa. Plus some surf thanks to the very convenient W-LAN connection, plus some simulation with the latest beta version of the Compass firmware, which I am sure is not the last. 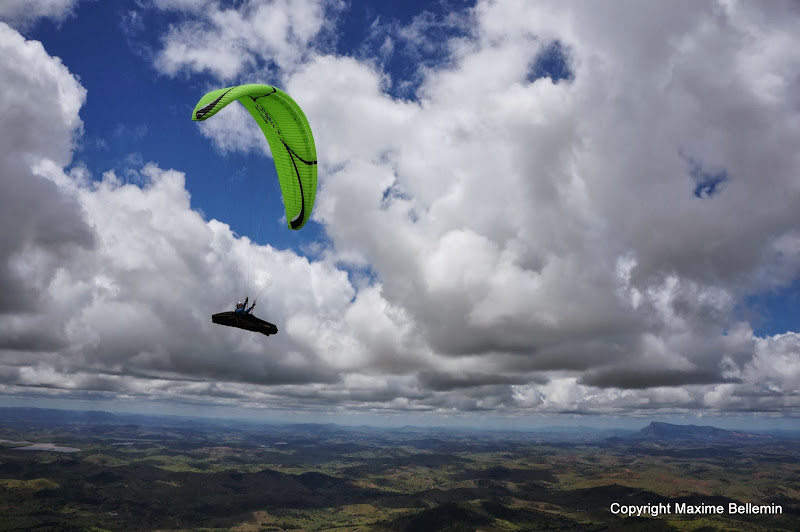 Today’s flight is about the half glass: half empty or half full? I had a 100km out-and-return task quickly entered into my GPS. After about 30km, I am in between the planned task that follows the river and the traditional route that goes along the road to Caratinga. Almost all pilots surrounding me decide to turn left on the Caratinga option, I can see no wing on my right, I am not sure about roads or buses back to GV along the Rio Doce, let’s turn slighlty left. 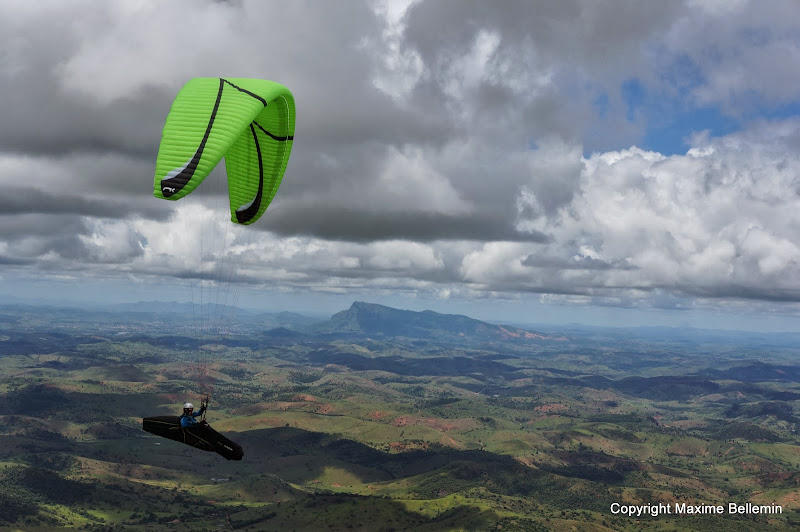 Then all the guys, I am sure they are Swiss, turn back and land at Engenheiro Caldas. Well, OK. I propose to Laurie to continue over the road in the hope to hit the 100km mark. But I f$*ù^=!§ a replacement upwind and quickly land after a bit more than 50km from take-off. Laurie manages to hit the good thermal and goes back flying to GV for a superb 100km out-and-return. This gives for me plenty of time, waiting for the bus, inside the bus, to rethink about that stupid idea of going under a dying Cu that left me midway, say half, of all my options today.