My first conclusion is a generality: a control situation is limited in time and space. If you are in a situation of control you must accept to gradually lose your advantage and it should motivate you to try to increase your edge, not just to manage it. Furthermore there is no unique definition of control, it can be exercised in different ways, depending on the freedom left to the pilot under control. 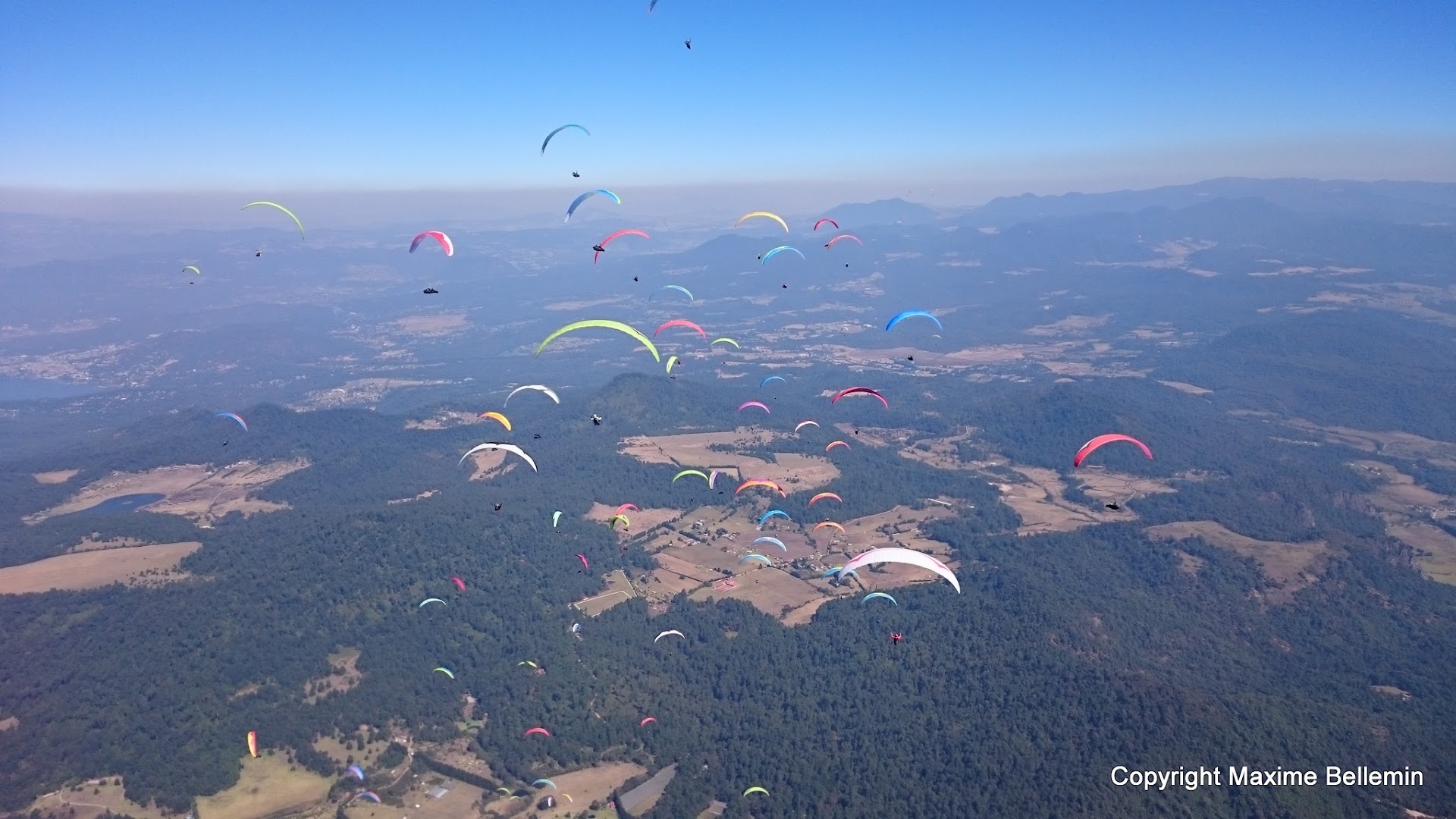 My second conclusion is practical. To determine whether you control another pilot lower and in front of you my advice is to apply the formula of loose control because you know all variables and the calculation is easy enough to be performed by head:

The control glide ratio is the ratio of McCready speed to the sum of expected climb rate in the next thermal and sink rate in transition.

Let’s take approximate values for the polar of your glider and a rough idea of the sink rates and expected climb rates at McCready speeds (do not forget to divide your speed in km/h by 4 to approximate it in m/s):

A quick mental calculation can be considered, for example:

Finally, you can also use the formula of the generalized control whenever you fly at the same speed as the pilot in front of and below you (Va = Vb therefore Vza = Vzb), with the idea to let him search thermals while keeping him under your sword:

Again you have at your disposal the values ​​of all variables in the calculation:

Choose your way to assess control

In case you are bored with the formulas or if you do not have availability in flight to make mental calculations, then remember by heart the proposed tables and if possible their founding principles. It may be more efficient for you to develop your control ability!

Perhaps we found a new way to distribute the leading bonuses: the less pilots you control in front of you, the more points you get! We can always dream. Incidentally, I remain in favor of a simple scoring based on time. As long as we do not get out of the principle that a task is always worth 1000 points, all changes to the system will only take in a pocket to put in another, it is a zero sum game.

End of control. I hope I caught your interest with these rantings. Now reach your own practical conclusions!