Again, the sky was overcast on Celorico and Linhares. But the forecast promised blue skies over Serra da Estrela. So in spite of the increasing NW wind we went to Azinhas, the South take-off, hoping to be able to take-off before the wind beat the breezes. And to avoid any problem at the landing field in the flats due to the wind that was expected to blow stronger in the afternoon, we had a short task to complete.

After the start gate opened the leading group went slightly South of the route to follow the edge of the plateau before the unique turnpoint of the task. With a radius of 8km it was offering some, limited, options for gliding to it. But the second group had a more direct line and found a better climb. 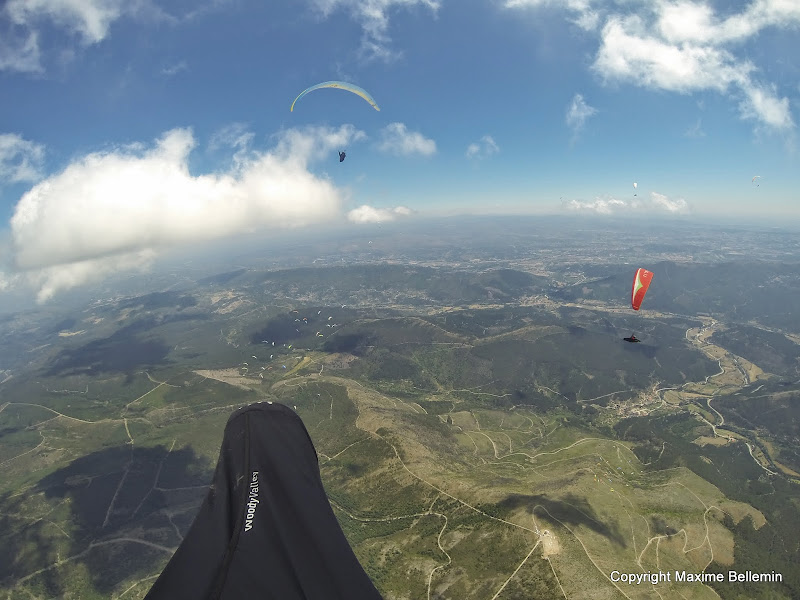 At about 15km from goal everybody and his dog was in the same gaggle, say the lead gaggle even though there was not any other. We all rushed over the gorge and darted towards the goal line. Excess in altitude meant seconds beginh. About 50 of us arrived within 3 minutes. It shall not change the overall classification with Felix first, Julien second and Pepe in third position. 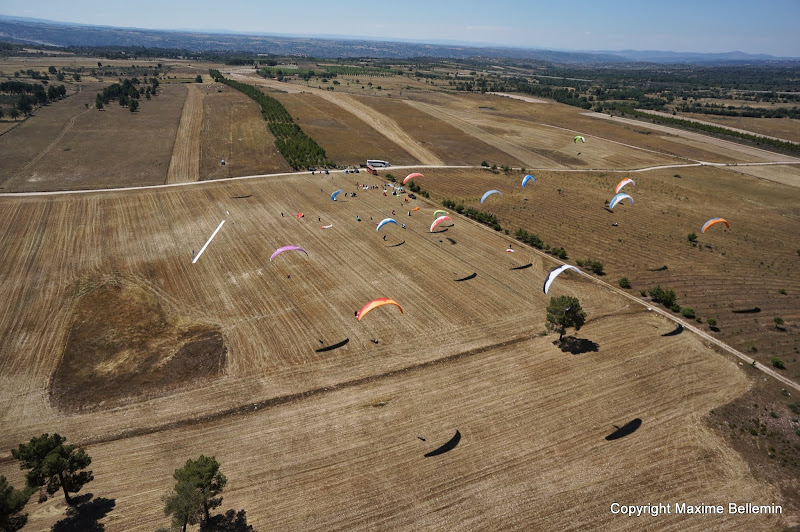